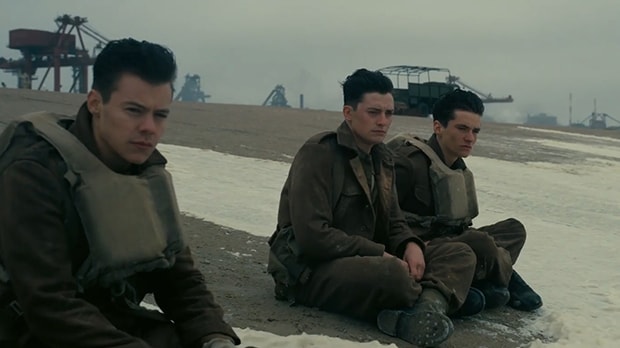 As for a lot of British people, Dunkirk is a story I grew up with in its mythic, almost fairy-tale form. It’s been in me, and in my bones, for a very long time. About 20 years ago, in the middle of production on my first film, Following, my producer (and future wife), Emma Thomas, and I went with a friend on his small sailing boat across the Channel to Dunkirk at about the same time of year as the evacuation had taken place.

I’d sailed a bit, but mostly inland waterways, so the Channel was a bit of a shock. The weather was very bad. The seas were extremely rough, and the crossing took much longer than it should have. We got to Dunkirk in the middle of the night after 19 hours of sailing. And that was without people dropping bombs on us. We weren’t going into a war zone. I came away with a whole different level of respect, not for the fairy tale, but for the reality of Dunkirk.

The more you learn about what really went into it, the more you sail on the Channel, or stand on the beach at Dunkirk and see how flat and wide it is, the more you know about the geography and the physicality of what really took place, the more your admiration grows for the people who took part in the evacuation. But the story has not been told in modern cinema, not since the 1950s, when Leslie Norman made a black-and-white version [starring John Mills and Richard Attenborough].